Skip to Content
As you may have guessed, The Empire of the Sun is my favorite band and not without a reason. I firmly believe that the new generation should still listen to their music. Apart from being masterpieces, their songs, especially the Walking on a Dream album, could teach future artists the art of making worthy stuff.

Obstacles behind the glory

According to my feel, the author of this website, Jamie Slapoffski, Luke’s and Nick’s road to the dream was thorny. The publication of a full-fledged album made it possible to consolidate the status of a recognizable group on the world stage. The longplay was distinguished by a unique electronic sound and vocals, which became the reason for the nominations of the songs and the LP itself with various awards. The single Walking on a Dream managed to reach the top ten positions at home, in the UK and the USA. To support the publication, an international promotional tour is underway, which began in Europe and ended in North America. In parallel, Empire of the Sun participants appear at festivals with spectacular shows.

The busy schedule incapacitated Steele, who was exhausted by touring time. So the artists went to the studio and started remixing the songs as well as creating new material. It should be noted that during this period, the tension in the duet was felt. But everything was restored, so in 2010 another tour in support of Future Music began. By mid-2011, information appeared regarding the next LP, which was called Empire of the Sun. But the release was delayed several times due to Littlemore’s parallel work at Pnau.

In consequence, it was officially announced that these obstacles were the reason for the Empire of the Sun tour delay.

From year to year, by listening to the world-famous band’s hits I recognize myself. Now I feel like the Empire of the Sun lyrics were written especially for me and about me. The same feeling visits all my friends and other guys who are in 100% love with these Australian guys.

This band motivated me for the lion part of the achievements I have now. Hope one day Walking on a Dream album could do the same thing exactly for you!

Being a The Empire of The Sun fan for over a decade, I cannot be impersonal when it comes to evaluating their art. I cannot resist making compliments about the band’s talent and hard work the musicians do to make us pleased. Therefore, I suppose the band will be granted the Album of the Year award for the ‘Walking on a Dream’ CD, and am looking forward to them getting it finally. 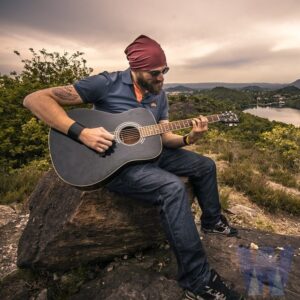